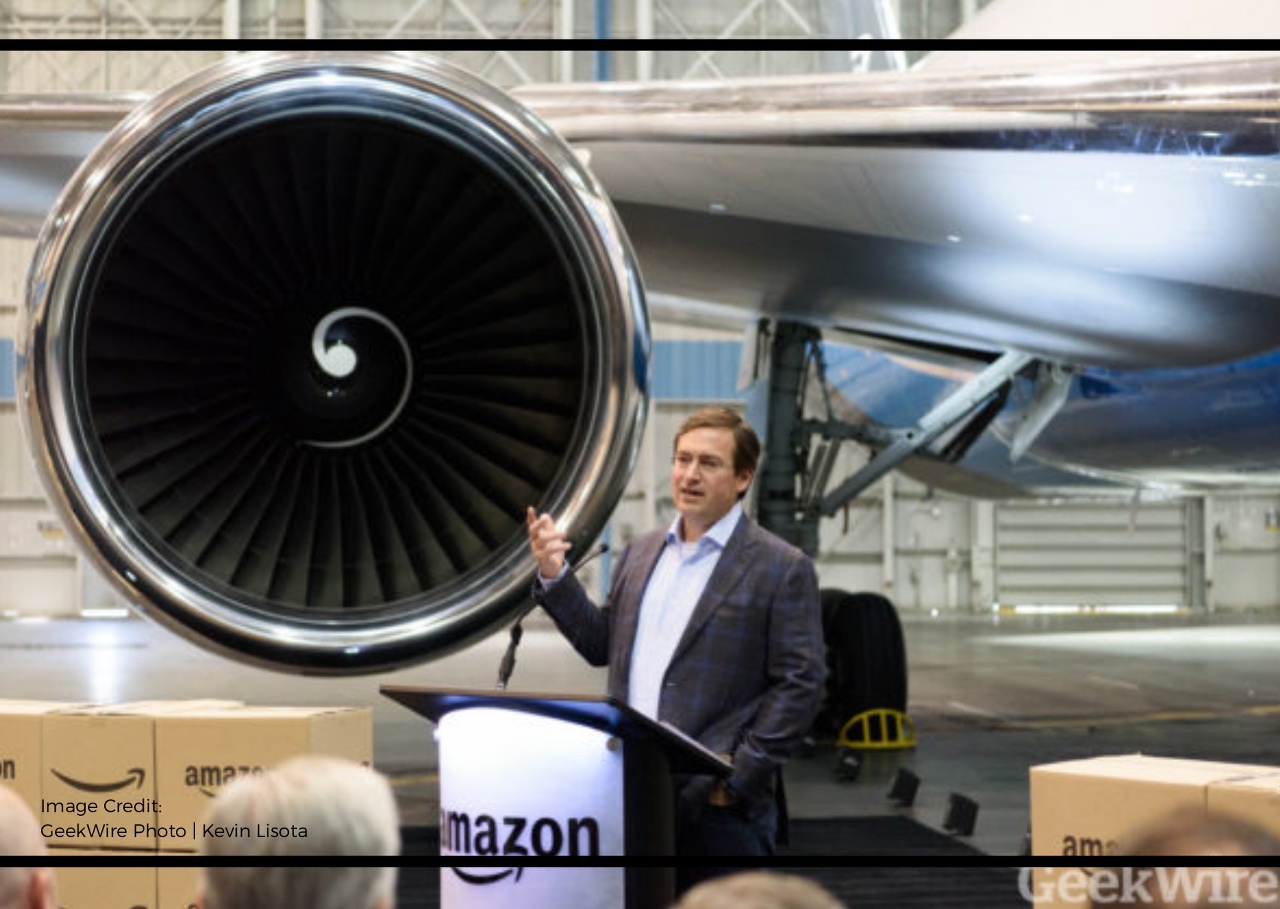 Amazon plans to relocate its entire Seattle-based worldwide operations team to Bellevue, Wash., by 2023, adding thousands of employees to its new campus just across Lake Washington, according to an internal email obtained by GeekWire.

Moving a large and critical team away from Amazon’s Seattle headquarters is a significant relocation of employees on its own, but it’s also a weighty symbolic gesture — the clearest sign yet that the tech giant is cooling on its hometown while doubling down on a neighboring city.

Mayor Durkan says Amazon moving employees to Bellevue is ‘a good thing for Seattle’
“I’m excited to share the news that we’re planning to migrate worldwide operations to Bellevue starting this year,” said Dave Clark, the senior vice president in charge of the team, in an email to his employees Wednesday. “This move gives room to grow while maintaining the campus feel that we’ve come to love around South Lake Union.”

Sources familiar with the plans said several thousand employees will be moving to Bellevue in the years ahead. Amazon confirmed the authenticity of the email obtained by GeekWire.

Worldwide operations is one of the most critical teams at Amazon, the arm responsible for getting packages to customers’ doors. It oversees more than 175 operating fulfillment centers around the world and the 250,000 employees who work there. The team also manages Amazon’s thousands of delivery truck trailers and its fleet of 40 airplanes. New logistics initiatives, like Amazon’s “Delivery Service Partners” program, also fall under the worldwide operations purview.

Amazon will start moving employees to Bellevue this month and will finish the migration by 2023. The company currently has 700 employees in Bellevue and more than 45,000 at its Seattle headquarters.

It would take some time for Amazon’s Bellevue team to grow to a size that rivals Seattle, but moving the worldwide operations team is a big step in that direction. The migration adds weight to the theory that Amazon is shifting its focus to Bellevue and other cities across the country amid ongoing tensions between the tech giant and its longtime hometown.

Why would Amazon move one of its most essential teams out of the company’s Seattle headquarters? Amazon hasn’t yet commented publicly, but there are a few possible reasons.

The move allows Amazon to continue tapping the Seattle region’s deep talent pool but lets the company escape some of the friction it is experiencing in its hometown.

Bellevue was Amazon’s original birthplace, but CEO Jeff Bezos moved the company’s headquarters to Seattle’s urban core early on. He said the goal was to provide the type of urban environment that young, dynamic tech workers thrive in. But fast-forward to 2019 and the tech industry’s rapid growth has fomented frustration among longtime Seattleites who have whiplash from how quickly the city is changing.

That animosity came to a head last year, when Seattle officials passed a tax on big businesses, like Amazon, to fund affordable housing, a pressing issue in the region. The business community balked at the tax, leading the city to repeal it less than a month later. The fight over the so-called “head tax” became emblematic of Amazon’s strained relationship with Seattle.

Related: Amazon backs out of massive Seattle office tower as questions swirl about growth plans
It’s a shadow that followed Amazon to the East Coast when the company announced plans to open two 25,000-person offices, concluding its second headquarters competition. Activists in New York pushed back against the plan, referencing Amazon’s battles with Seattle officials over issues like the head tax. Eventually, Amazon pulled out of the New York project. The company’s plans to build an office in Northern Virginia and a 5,000-person operations center in Nashville are still underway.

The withdrawal from New York — coupled with news that Amazon will sublease a 30-floor office tower it had planned to occupy in Seattle — raised questions about where the company will focus its growth going forward. Bellevue began to look a lot like the company’s real “HQ2.” Amazon’s plans to move the worldwide operations team lend credibility to that theory, but Bellevue will not be absorbing the 25,000 jobs the company had planned to bring to New York, sources say. The majority of Amazonians in Bellevue will be existing positions currently held by Seattle employees. Amazon says the 25,000 New York jobs will be dispersed across its offices.

Plans to move the operations team to Bellevue have been in the works for a year, according to sources. That pre-dates the HQ2 drama that unfolded in New York.

Amazon’s rapid expansion in Seattle suburb could ignite a ‘real estate frenzy’, Redfin predicts
Amazon still has nearly 10,000 job openings in Seattle proper and sources say that isn’t going to change. One possible motivation for moving the worldwide operations team is a desire to create more space for new hires in Seattle.

Clark’s team plans to ramp up hiring in Bellevue in the coming weeks, with a focus on software engineers, research scientists, and transportation logistics, sources say, in addition to the employees moving from Seattle to Bellevue. Amazon currently has about 450 job openings listed in the Bellevue area.

An Amazon spokesperson issued the following statement about its Bellevue plans:

"We opened our first office building in Bellevue in 2017. It’s a city with great amenities, a high-quality of life for our employees, and fantastic talent – and it’s recognized for its business-friendly environment. We look forward to continue growing our presence in Bellevue and bring more jobs to the city."